The following is an incredible story of a simple Jew who was picked from the heavens to go on a journey to teach and inspire Jews to read and learn the Holy Zohar. At first it sounds to amazing to be real, but when the evidence is gathered, it gives one the hope that amazing things do happen from time to time, in order to wake us up to our real purpose in life.  Rabbi Yochanan Banon who, at first was just Yochanan, a simple Jew serving in the Israeli Police Force as an Undercover Drug Ring Officer. Yochanan was in charge of setting up sting operations in order to ward off drug dealers from smuggling drugs in to the State of Israel and thereby corrupting the Jewish Youth.  Approximately 12 years ago (2001) Yochanan was diagnosed with severe depression and this caused him much hardship in being able to maintain a normal work and social lifestyle.  At the same time Yochanan recalls of having repeated dreams with his ancestors who were beckoning him to change his lifestyle. “Until when?” they would remark.  Although Yochanan revered his ancestors he did not pay much attention to the message conveyed by them in his dreams.  Finally, Yochanan became so depressed that He started to seek out, how to do teshuva.  He realized the He could not go on suffering and needed help from a higher source, but what should He do? All He knew was Shema Israel and nothing more. Yochanan then decided to contact a friend that He considered to be religiously inclined.  After hearing his plight, Yochanan’s friend had recommended that Yochanan go and speak to Rabbi Nissim Peretz Z”L who was then his friends Rabbi.  When Yochanan met with Rabbi Peretz, He asked the Rabbi to guide him on how to do teshuva.  Mysteriously Rabbi Peretz told Yochanan to read only the Holy Zohar, without depth just to surface read. Yochanan then said to the Rabbi, “How will this help me when I don’t even know any basic Halachot (laws & customs)”? The Rabbi was adamant and replied to start with the Zohar and everything else will come.  Frustrated, Yochanan heeded the instructions of Rabbi Peretz who was a revered Torah sage and Mekubal. And for the next couple of months Yochanan did just that, read the Zohar. After 2 month or so, Yochanan became extremely frustrated due to the fact that He did not understand a word of the Zohar and because He still did not know any basic Halacha in order to guide himself toward teshuva.  His depression then only increased and Yochanan began to beseech Hashem repeatedly for salvation where He would spends days and nights crying from the depths of his heart. He begged Hashem to take away the depression which He could not tolerate anymore. One night having temporarily giving up on the Zohar, Yochanan decided to read the Gemara instead.  After a few unsuccessful attempts Yochanan fell asleep in sadness and had the following dream. 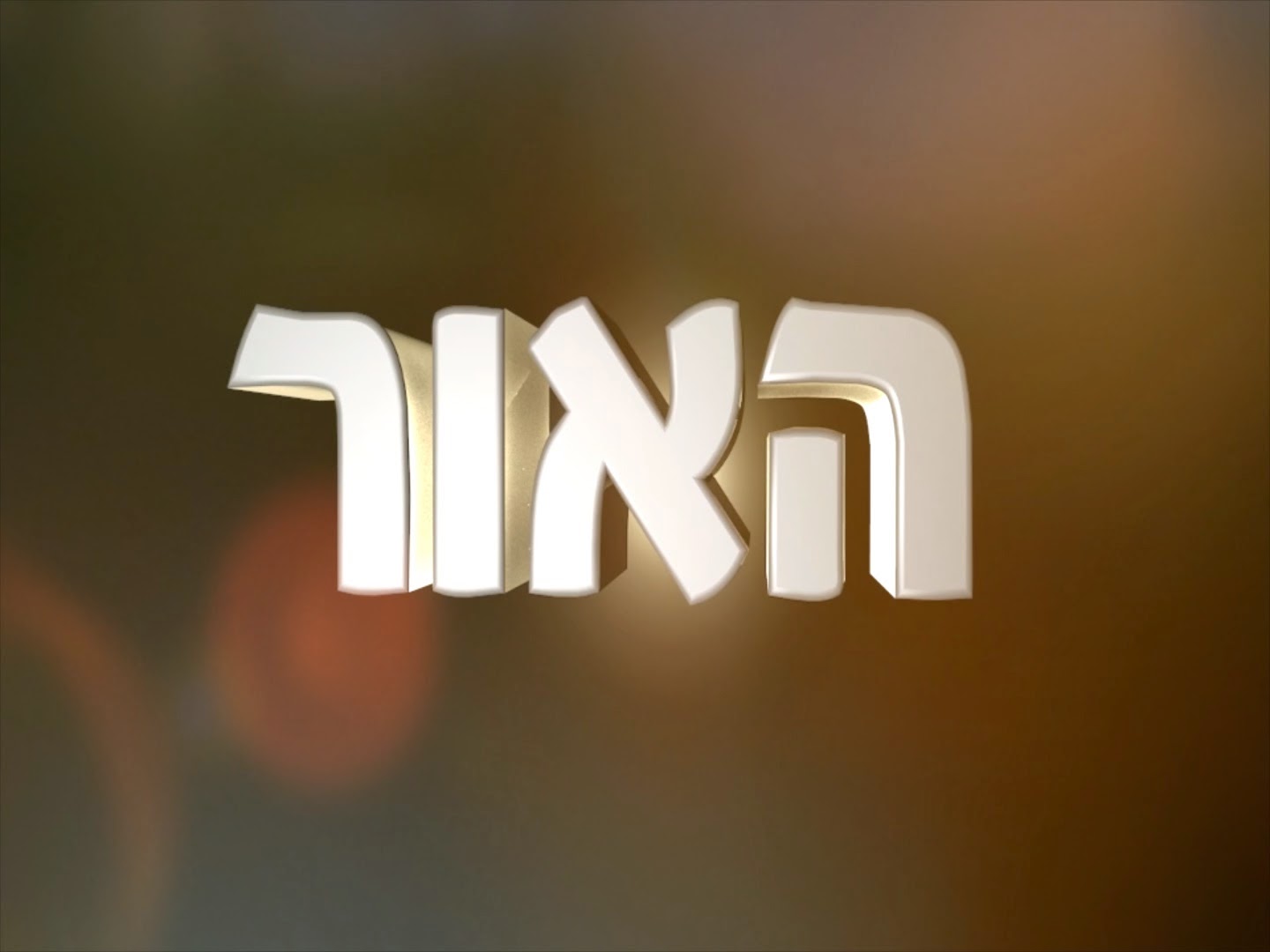 Link to New Movie "The Light"


In the dream, Yochanan was taken up to Shamayim (Heaven) and was introduced to Rabbi Shimon Bar Yochai, the Tanaic sage who authored the Holy Zohar over 2000 years ago. After having what seemed like a very long discussion, Yochanan was then led to meet his Grandfather who had asked for Yochanan to partake in some food which ended up being, pages from the Zohar. When Yochanan woke up from his dream, he was a changed man with a new future. Yochanan then realized that his dream was not just a vision or message but an infusion (Matrix Style) on the knowledge of all the Zohar and Holy Kabbalistic teachings. Unbelievably when Yochanan opened up the Zohar now He not only understood the surface of the Holy texts meaning, He also could see deep within and extract its inner most secrets.  Dumbfounded by this revelation Rabbi Yochanan became a Holy Mekubal overnight and began a new career in teaching and distributing the holly teachings of the Zohar. For the next ten years the Rabbi Yochanan worked endlessly to fulfill what He considered the wishes of Rebbi Shimon Bar Yochai from Heaven.

Rabbi Yochanan established the website called, “living with theZohar” and had numerous appearance on Israel radio broadcast station such as Radio 2000 and also established a presence of Facebook.
As miraculous as this would be if it would end here, it doesn’t.  After 10 years of hard work and self-sacrifice towards the recognition of the Holy Zohar Rabbi Yochanan Banon had a medical crisis.  In September 2012 Rabbi Yochanan was rushed to emergency ward of Tel Hashomer Hospital after having what seemed to be a major stroke. In the emergency room after several attempts to revive rabbi Yochanan the doctors called it quits and pronounced him dead in the emergency room. Miraculously after 3 minutes of being pronounce dead rabbi Yochanan wakes up and signals the doctors the He is indeed alive. Astounded by what just took place the doctors rush to restore rabbi Yochanan’s oxygen mask and other monitoring equipment. Several months after this episode, Rabbi Shalom Yehuda Gross, (The Holminer Rebbe) had heard of Rabbi’s Yochanan’s condition and near death episode and decided to do a Bikkur Cholim in the hospital.  Astounded by rabbi Yochanan’s story the Holminer Rebbe then made several other visits to Rabbi Yochanan’s bedside in order to get the complete story with all the details since Rabbi Yochanan was too weak to endure long visits.
It was during these special recorded visits by the Holminer Rebbe that to bedside of Rabbi Yochanan that we able to record and compile all this detailed information not only of the above dream of Rabbi Yochanan (that took place 10 years prior) but also detailed account of his clinical death experience which include a special message the Rabbi Yochanan Banon brought back from the Olam Haemet.


Unfortunately while we were compiling all the video and audio recordings and writing all that was discussed by Rabbi Banon, Rabbi Yochanan Banon Z”L had passed away in the Hospital on June 19th, 2013.

Please watch the Movie show here about Rabbi Yochan’s story which was narrated by himself 2 months prior to his passing.


And please share with others, so that his  Neshama may have an Aliya.

The Zohar Divided into 70 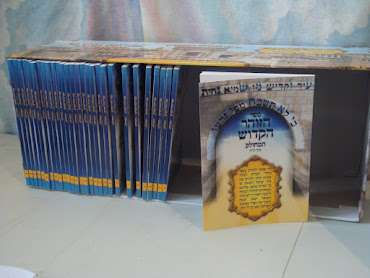 Sign up for the Siyum of The Holy Zohar!

Video: Importance Of the Zohar 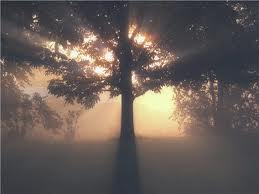 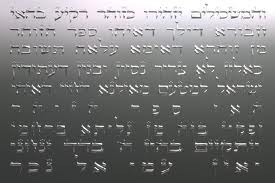 Click on the image to Dowload your copy now!!